What’s he doing Online:
Bob has found a huge fan base online; he is now a trending topic with a couple of facebook pages (one of which already has more than 6000 likes) and a twitter handle as well. He also has a lot of Fan Art (on the lines of Fight Club) one of which is called bob heads (just like zoozoo’s) doing rounds on these social mediums.

In Future:
You may find more graphics/bob one-liners online as a lot of people are getting inspired by the Fan Art and are coming out with their own version dedicated to this character, we can also expect a graphic novel based on Bob. Some people have approached the film’s director for the same.

To Sum Up:
Sinister characters sure have a lot of fan following online!

Why is mobile TV booming:

Thousands of commuters on the Mumbai local trains now have an entertainment solution onboard. NO.. the railways have not instaled TV in the coaches, they all have a handy idiot box… Mobile TV is here and it has provided one more option to the way Indian’s consume content. Watching videos, streamed TV content and cricket matches on his hand-held device has been a routine and digital entertainment is slowly but surely finding its footing among young Indians. India has good future potential for mobile video streaming services, especially for videos focused on cricket highlights and updates, in addition to film-based content. Handset manufacturers are making moves to tap this opportunity. Smartphones no longer a toy for the rich and can be afforded by a common man as well. MObile service providers have taken steps to tape this potential with cheaper data plans. 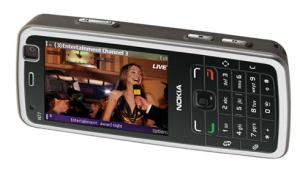 What is Mobile TV:
Mobile TV is a technology that allows people to view regular live television content on their mobile phones or other mobile devices (tablet PCs, etc) that they get through traditional cable or pay TV subscriptions at home.